The following community perspective post was written by Eyewirer r3 and originally appeared on her blog here.

I was never much of a Game Girl means into Computer Games. Ok, there was Super Mario World and my fantastic little Game Boy but that was about it. I do like the graphics of most games and used to have years and years wallpapers from Final Fantasy but never played it because I have the worst motion sickness ever. My friends played, I watched and felt like throwing up just from watching. The career as a professional gamer ended before I even touched a joystick.

Besides, computer games have this really bad reputation. A waste of time, plus a girl playing computer games – we all love stereotypes, don’t we? –  and was there any higher purpose behind it except reaching the next level? You didn’t save the world for real by shooting bad guys, but neglected your homework and that would lead to the end of your personal future if you wouldn’t study hard.

THE PATH TO EYEWIRE

Being untouched as a player for years, it was a day in May 2015 when I was reading the newest press releases from WeWork.com, the co-working space company in Boston I am a huge fan of. This time it was not about efficient co-space working, but a nice, cool project next door called EyeWire. Being a predictable human being and totally influenced by what my peer group likes on social networks I instantly signed up. I didn’t understand a single word what they were actually doing, but well, we sign up every day for so much nonsense that one more page wouldn’t do any harm. I am no scientist – ok, I watch sometimes scientific programs and have a fair interest in the world around me, but I am far away from being an expert on any scientific topic. I write. I publish. I am excellent in networking, communication and public relations and biology were my honors course, but further than naming the  DNA base pairs I never got.

EYEWIRE: BEHIND THE SCENES

So, EyeWire. A game to map the brain it says on the official page I didn’t read beforehand, I just signed up. I need to do here a quick sum up here what it is about or leave you with a shrug of your shoulder in the dark. The part of the movie where you need to watch and listen or you won’t understand any of the further action. Sebastian Seung, a neuroscientist at MIT in Princeton, decided to make the impossible possible and map the connections of the nerve cells in the eye. We might colonize Mars one day, but the brain is still a bit in Star Trek land ” Its five-year mission: to explore strange new worlds, to seek out new life and new civilizations, to boldly go where no man has gone before.” Five years won’t do it though!

Why the eye if we are talking about the brain? A question that gets asked many times in the EyeWire chat: Simply because the retina cells of the eye are the first stop of information with a lot of branches and neurons before the brain is reached. Just the lens explanation doesn’t do the job, it’s way more than that.

I hear the smart people saying oh that’s why it’s EyeWire and not Brainwire…now, try to wire and colour the nerve cells in the retina appropriately or get a computer to do it. What I love most: computers can’t really do it. They can make coffee and calculate the exact distance to the moon, but neurons – fail. So humans have to actually colour the nerves, but we are not talking about a job from 9 to 5 with a few people that take every hour a coffee break and wait every month for their paycheck. Nothing wrong with that, but this gigantic project requires a bit more than manpower from one single company.

And here is the next fact I love: More than 200.000 people from all over the world belong now to the player database of EyeWire who are more or less dedicated to make the mapping of the brain possible. The old argument of wasting your time with computer games is obsolete, you are actually contributing to science (my Mantra when I cant convince myself to go to bed. Self-deception ftw!). I quote this as well every time someone calls me a Freak😀 By the way, the retina is not from a human being but from a mouse called Harold before anyone starts an ethical discussion for political correctness.

This is the briefest intro I can offer to give you an idea (who finds a mistake, clever people, keep it!) but for further information, simply have a look at EyeWire.org or search in Google for it, there is plenty to read and to know! Who is too lazy to read (what are you doing then in my blog?) here is a Tedx Talk by amazing Amy Sterling in Thessaloniki, the director of EyeWire. She met as well Nseraf, the most successful (?) player of EyeWire with a perceived billion points advance compared to the ordinary mortals in EyeWire. Check it out:

First encounter after signing up: Colorful branches on a black background, in the middle a cell body, beautiful! I learned later that it was a Starburst, but that moment there were only question marks in my face. The good thing is, EyeWire is pretty much self explanatory thanks to the hard work of the team in Boston and Princeton. Signing up and starting the game is like being spoon fed and you don’t need a master in science to understand the idea. You get a lot of information at the beginning when you do the tutorials and practise cubes until you enter the deepest depth of the rabbit hole and the real and true cells and cubes become your playground.

EyeWire does have levels, but you won’t reach level 121 by submitting thousands of cubes, sorry guys. We are not shooting bad guys or chase after overcute little furry balls with our cell phones. Two levels are all you can play and 2000 points the maximum to get out of a cube. No, you won’t be bored because no cube is like the one before and some of them, especially in level 2, can be really really challenging. Here is an example of the so called Evil Cubes you do play in competitions once in a while. They make me cry😛

It does happen that I spend a fair amount of time on one cube, while others are a small branch extension and can be submitted in seconds. Your personal performance is measured with accuracy and points – the more accurate you are, the more points you get if you play one of those monster cubes. And because we all love the term “achievement unlocked” you can get badges as well when you reach certain milestones for trailblazing, points, cubes and more. I remember how proud I was when I passed the million point line – me, being proud to achieve something in a computer game! If I was ever looking for  a parallel universe, I did find it here for sure.

For the kids in all of us who like rewards HQ does do competitions, Happy Hours and is constantly busy to improve the game. In the 1.5 years I am a member of EyeWire a lot of things have changed. They basically found the holy grail by getting rid of excel spreadsheets for the more advanced players who do a bit more than simply tracing branches. There are different player roles you can apply for once you have been around a bit that require more responsibility and dedication, but then again, it’s all up to you how far you want to take it. As for me: I own them all, it’s all or nothing!

One of my favourite topics when it comes to EyeWire. Yes, you can play the game without being involved at all, that’s up to you, but if you want to ask for help or know more you can use the chat. I think I used it from the very first day onwards, chatty as I am, and it’s a big part for me that contributes to the fun of EyeWire. I didn’t understand a word in the first conversations. “Oh, that’s an Autapse in your cube.” Uhm, a what? “Black spills are difficult to trace, watch out”. The only black spill I knew before happened in a short story by Stephen King and it was eating humans in a very nasty way. What did I get myself into??

But not every talk is about EyeWire and traces and mergers and stuff like that, we do chat a lot about other things as well. There is something like a hard core of players that keep the show running. My Piloxing teacher calls them “Front Row Divas”, a term I find so amazingly, funny but indeed I am a part of them, together with a bunch of other players from all over the world. The neuron homies!

Another great thing: your name is not connected to any social profile and it simply doesn’t matter who you are or how old, how you look like or anything else. In a world where everything is about promoting yourself in the best possible way it’s such a relief not to be judged for superficial stuff, something I still enjoy a lot.

Indeed a few players have become friends and even good friends and we did the social network thing after a while. I guess it happens when you ‘see’each other almost every day online and they are quite unique, everyone in his or her own special way. My EyeWire time is in the morning with my coffee before work starts and in the evening when I am not pretending that I am super busy with whatever is cool to be busy with. Of course I do have a social life and I am still not one of those pale, overweight and shy nerds that are locked up behind their screens – Cheers to prejudices and clichés!😀

THE FEEDBACK FROM OUTER SPACE

I sometimes do mention that I am playing EyeWire towards other people. I was wearing an EyeWire T-shirt when I threw myself from a platform in Costa Rica and got loads of questions later. Most of the times they give me a funny look. “What are you doing? Say it again?” Yes, I am tracing neurons in my free time to map the brain. That DOES have an impact on people and in most peculiar ways. Some people laugh, some people shake their head, some people call me a Freak. Being a Freak was never more awesome! On a sidenote: Since the beginning of mankind people have been judging what they don’t understand. Another fact: Just because you own brain tissue it doesn’t mean you know to use it…;)

My posh, fancy Thinkpad I carry around everywhere is decorated with a sticker from EyeWire. I do hope that one day someone stops and says, oh hey, are you playing EyeWire? Me too…that will be golden!😀

I am still no scientist and I do not claim to be one though I pay much more attention to studies regarding the brain. I just contribute to a bigger project and let other smart heads figure out the maths. Rome wasn’t build in a day and so this project will take a long time to finish if it ever finishes – come in and find out! 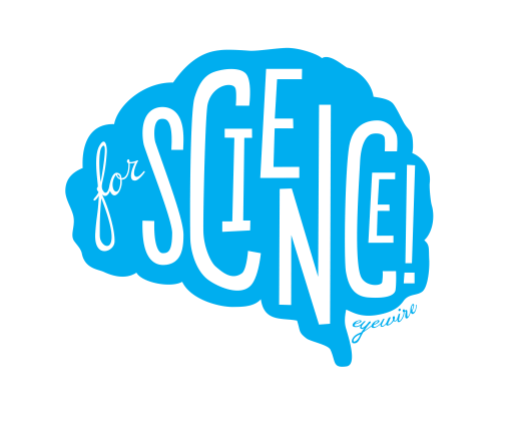 EyeWire is a game to map the brain from Sebastian Seung's Computational Neuroscience Lab at Princeton. Over 150,000 people from 145 countries play.